Data is the most important aspect of your computer. The operating system can be reinstalled and so can applications, but it may be difficult or impossible to recreate your original data.

It is essential that you always back up your important information and have a plan for recovering from a system failure. An attacker could crash a computer's operating system or data may be corrupted or wiped out by a hardware problem. Computers can be lost, stolen, or destroyed in a fire or other catastrophe.

We use all the latest technologies

THE IMPORTANCE OF BACK-UP PROTECTION

Data backup is an often overlooked aspect of running a small business. With businesses increasingly relying on home computers and operating online, it is now more important then ever to have a secure digital backup system in place.

Many people take unnecessary risks with the safety of their information. This is particularly dangerous for small businesses, because data loss can cause huge problems and in some cases will result in a loss of revenue.

The most common false assumption that we hear is people who say that they don't need to back-up just because their computer or laptop is brand new.

They simply believe that it won't fail just because it is new, but although new computers are statistically less likely to develop problems they are by no means infallible. Hard drives are unpredictable beasts and have the potential to fail at any time, with the data they contain within often not retrievable.

People also don't take into account how easy it is to damage laptops. A spilt drink or dropped bag can be enough to put a laptop out of commission. Although they can usually be repaired and most businesses are sensible enough to insure them you will still have to manage without it until it gets repaired, leaving you without access to the data within.

Flash memory sticks are the backup tool of choice for most people, favoured because their lack of internal moving parts makes them a lot more robust than traditional hard drives. However, the common belief that a flash device will last forever is a misconception. They have a limited lifespan and the data can only be overwritten so many times before it will eventually fail. Flash sticks are also easy to lose because of their size. They will not survive a trip to the washing machine!

Online backup is increasingly becoming the default choice for many small businesses. This involves the data being stored in the 'cloud' rather than just on your computer. Once it has been uploaded, you can access the data from any computer terminal. Expect to see online backup becoming standard practice over the next few years for any business who values their data.

We perform all software updates after hours, and only when a backup has been successfully completed.

monthly and full version upgrades when they have been proven to be reliable.

We can provide database conversion and migration for most Clinical and Practice Management products.

Focus I. T. proactively monitors your backups and has real-time monitoring solutions for your hardware in place.

We will often know that something has gone wrong before you do.

No longer do you need to rely on manual processes that pick things up after the fact.

We also provide a monthly review of all of those things that software doesn’t do, including a trial restore of your data from your backups.

when they have been proven

A full restore of your backups to one of our servers at a frequency you decide is also available. 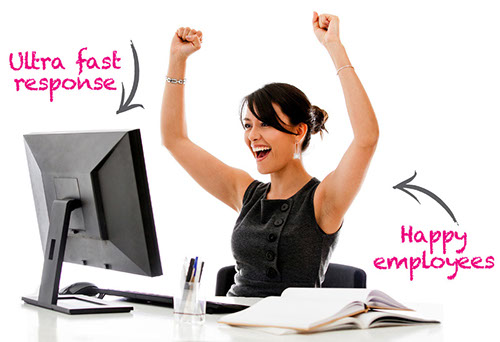